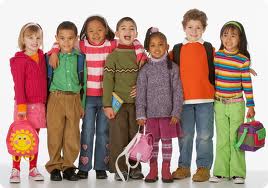 Parents are often frustrated by how often their children are sick, especially if they are in day care. Its impossible for preventing infections in children. It is normal for young children to have six to eight upper respiratory tract infections and two or three gastrointestinal infections each year. Children in day care can often have more (often called day care syndrome). As your child gets older, infections in children will lessen as his immune system will strengthen and he will build up immunity to many common infections and he will get sick less often.

To understand why your child has such frequent infections and seems like he is always sick, it can help to understand how infections are transmitted. Except for blood transmission, children are at high risk of catching illnesses caused by the methods described below because they are always putting their hands and other objects into their mouths. Also, younger children have not had the chance to build up a strong immunity to these common infections.

To prevent infections, you should teach your children and care providers to practice frequent handwashing, especially after using the bathroom (including diaper changes) and before eating. You should also frequently wash toys and other objects that your children put in their mouth and all other surfaces and dispose of tissues after wiping or blowing your child’s nose.

Other tips to help avoid catching infections include avoiding close contact with other people who are sick. Make sure that your day care has a strict policy about excluding children with contagious illnesses. This does not always help though, because most illnesses are contagious for a day or two before you even have symptoms. Once your child develops symptoms, he has probably already infected other people he has been in contact with.

Infections are caused by viruses, bacteria, and parasites and your child will get an infection from one of these agents if your child is not immune and he comes into contact with someone who already has an infection. Some infections require that you come into direct contact with the infection for it to be contagious. These include impetigo, scabies, lice, chickenpox, cold sores, ringworm and pinkeye. Frequent handwashing and keeping infected areas covered can help prevent spread of these illnesses.

Infections can also be spread by fecal oral transmission, which occurs when someone comes into contact with stool that is infected. A person’s hands or other objects can become infected by tiny pieces of stool, especially after diaper changes. The infectious particles can then find there way into someones mouth and cause infection. Illnesses caused in this manner include diarrhea, pinworms, and hepatitis A.

Lastly, infections can spread through contact with the blood of someone is infected with HIV, Hepatitis B or C, or cytomegalovirus