A compound found in green tea could be a weapon in treatments for tackling cancer, according to newly published research at the University of Strathclyde. 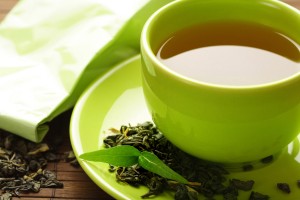 The extract, known as epigallocatechin gallate, has been known to have preventative anti-cancer properties but fails to reach tumours when delivered by conventional intravenous administration.

However, in initial laboratory tests at the Universities of Strathclyde and Glasgow, researchers used an approach which allowed the treatment to be delivered specifically to the tumours after intravenous administration. Nearly two-thirds of the tumours it was delivered to either shrank or disappeared within one month and the treatment displayed no side effects to normal tissues.

The tests are thought to be the first time that this type of treatment has made cancerous tumours shrink or vanish.

In the tests, on two different types of skin cancer, 40% of both types of tumour vanished, while 30% of one and 20% of another shrank. A further 10% of one of the types were stabilised.

The researchers encapsulated the green tea extract in vesicles that also carried transferrin, a plasma protein which transports iron through the blood. Receptors for transferrin are found in large amounts in many cancers.

Dr Christine Dufès, a senior lecturer at the Strathclyde Institute of Pharmacy and Biomedical Sciences, led the research. She said: “These are very encouraging results which we hope could pave the way for new and effective cancer treatments.

“When we used our method, the green tea extract reduced the size of many of the tumours every day, in some cases removing them altogether. By contrast, the extract had no effect at all when it was delivered by other means, as every one of these tumours continued to grow.

“This research could open doors to new treatments for what is still one of the biggest killer diseases in many countries.”