The traditional Kerala sari or mundum neryathum is worn as everyday costume and also as distinct costume on festive occasions, in which case the border is ornamental in couture. The sari for festive occasion has golden colored borders or a broad zari border known as Kasavu, The kasavu or the golden border is either pure golden layer, copper coated or artificial. The fabric of mundu-sari is cotton and is always woven by hand.

These sarees have become quite popular and look very graceful. A lot of Bollywood celebrities have donned Kasavu sarees at various occasions and these sarees have also made their way to the runway! Recently Bollywood actress Sonam Kapoor, wore a Kasavu saree in the Bollywood chick flick Aisha. You must surely pick one of these while in Kerala. You can wear it with the regular kasavu woven blouse or any contrast designer blouse of your choice.

Please have a look at indian celebrities wearing kasavu sarees with different blouses. I personally love the kasavu sarees. What about you? 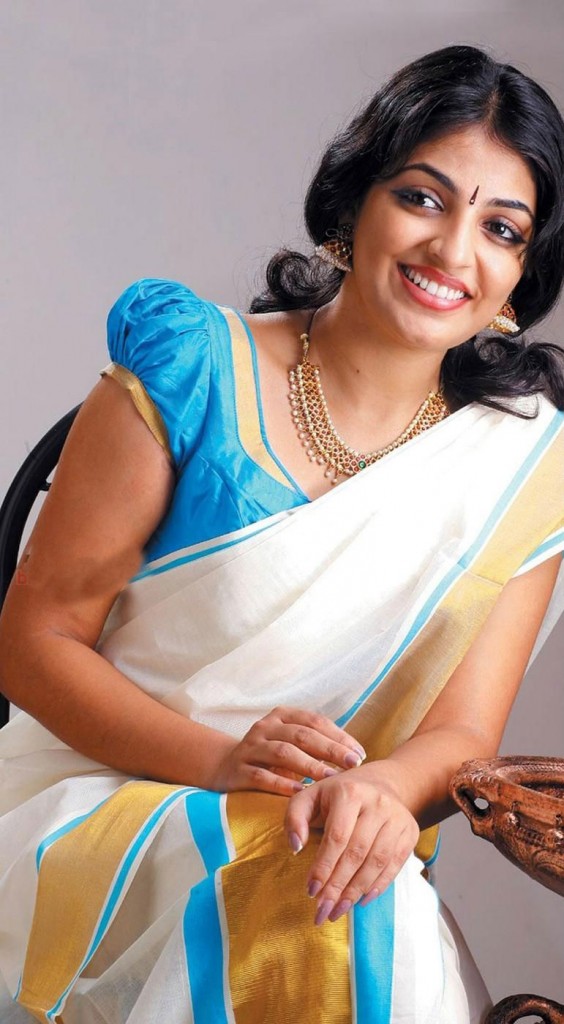 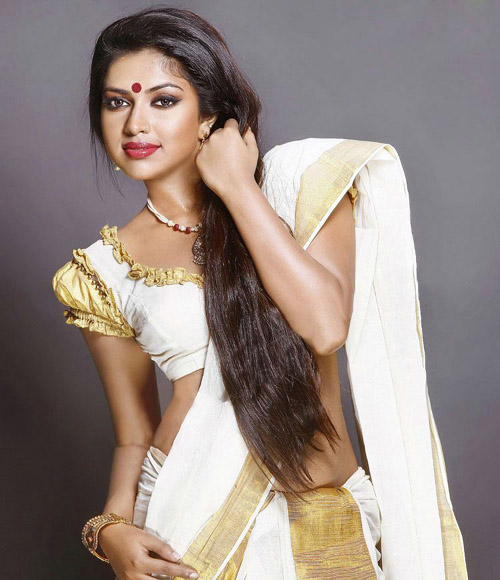 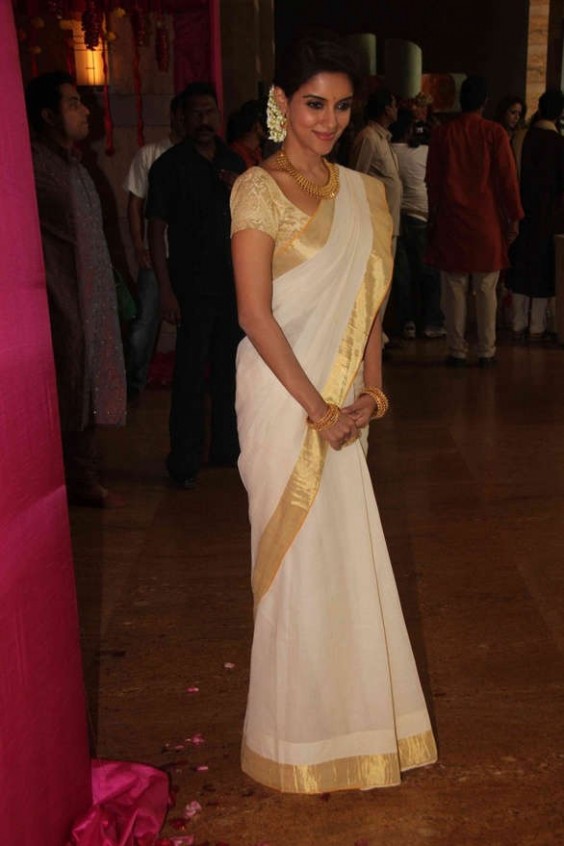 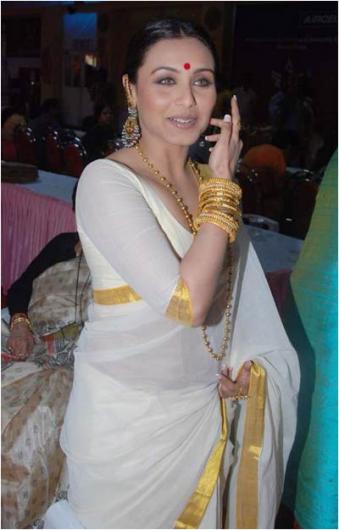 Bollywood Actress Sonam Kapoor wearing Kasavu Saree with white embroidered blouse in her recent movie Aisha.Though the movie was not that good, her costumes in the movie were gorgeous. She is a true fashionista.Love her sarees, especially love her in masaba (daughter of nina gupta) collection. 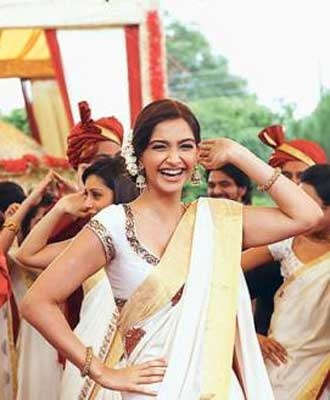 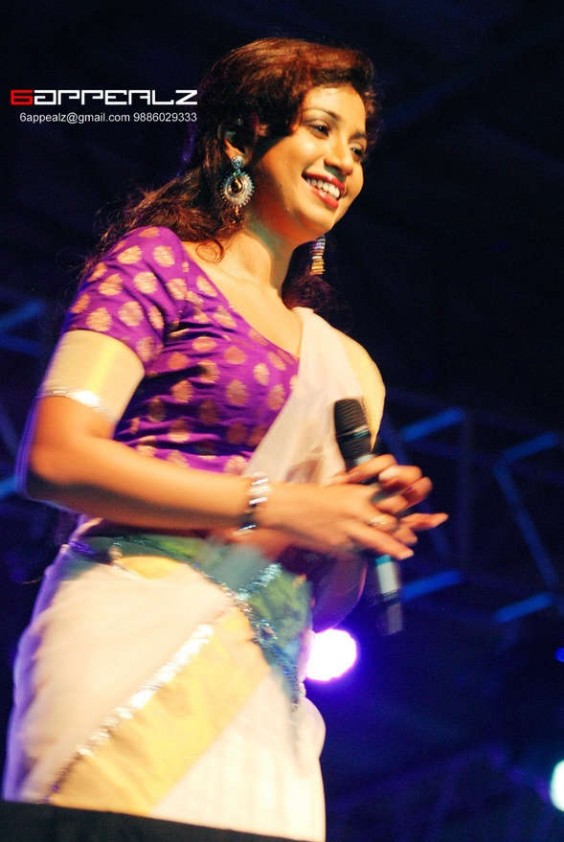 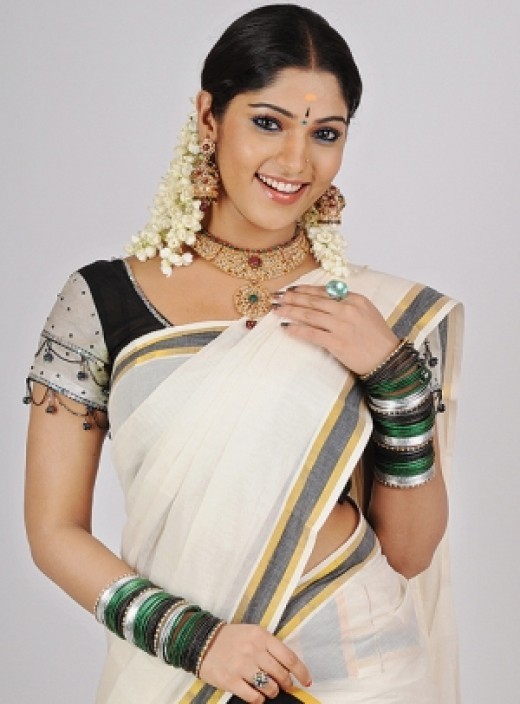 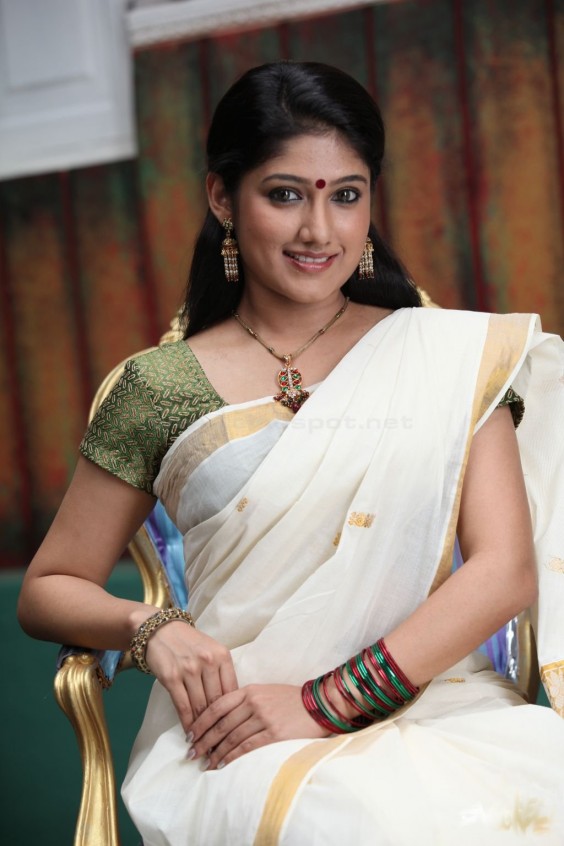 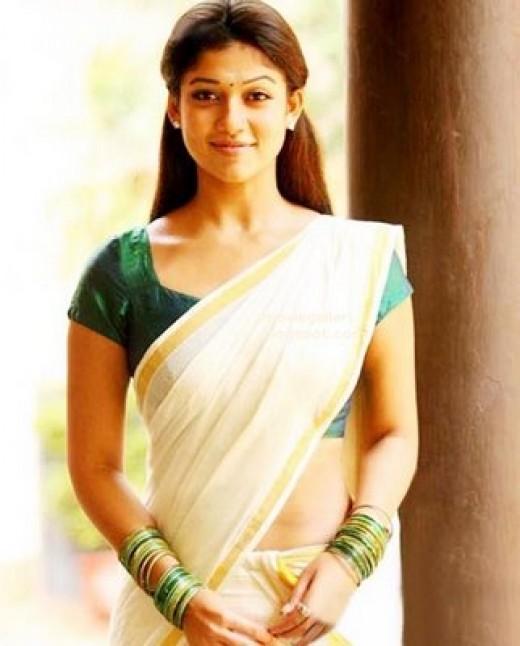 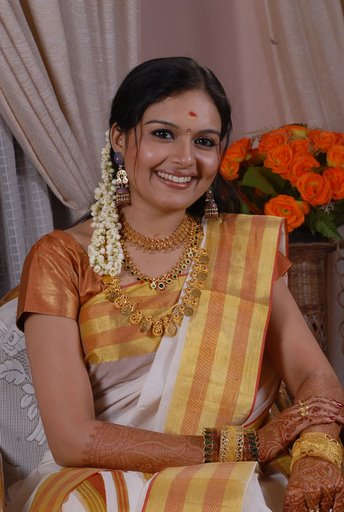 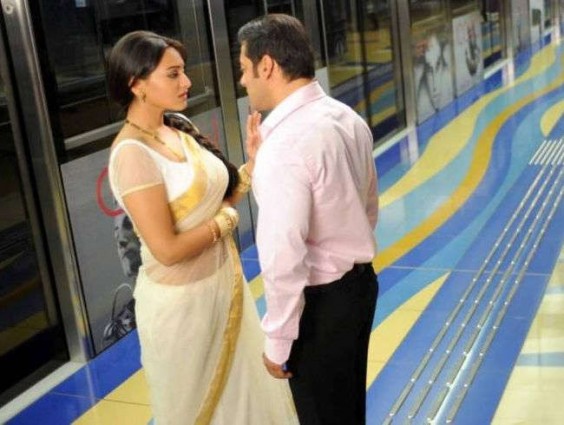 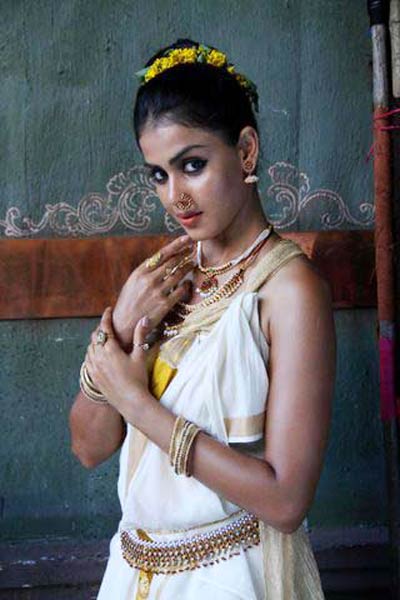 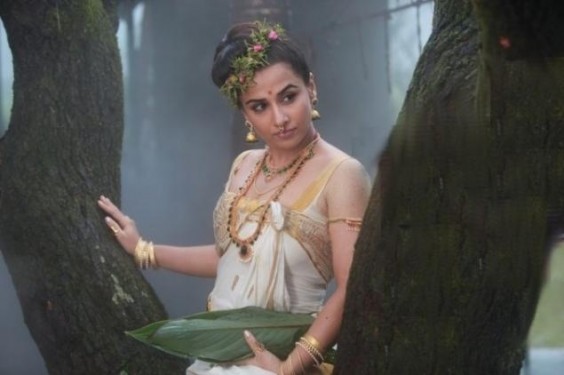 Model wearing Kasavu Saree with Krishna painting in the pallu